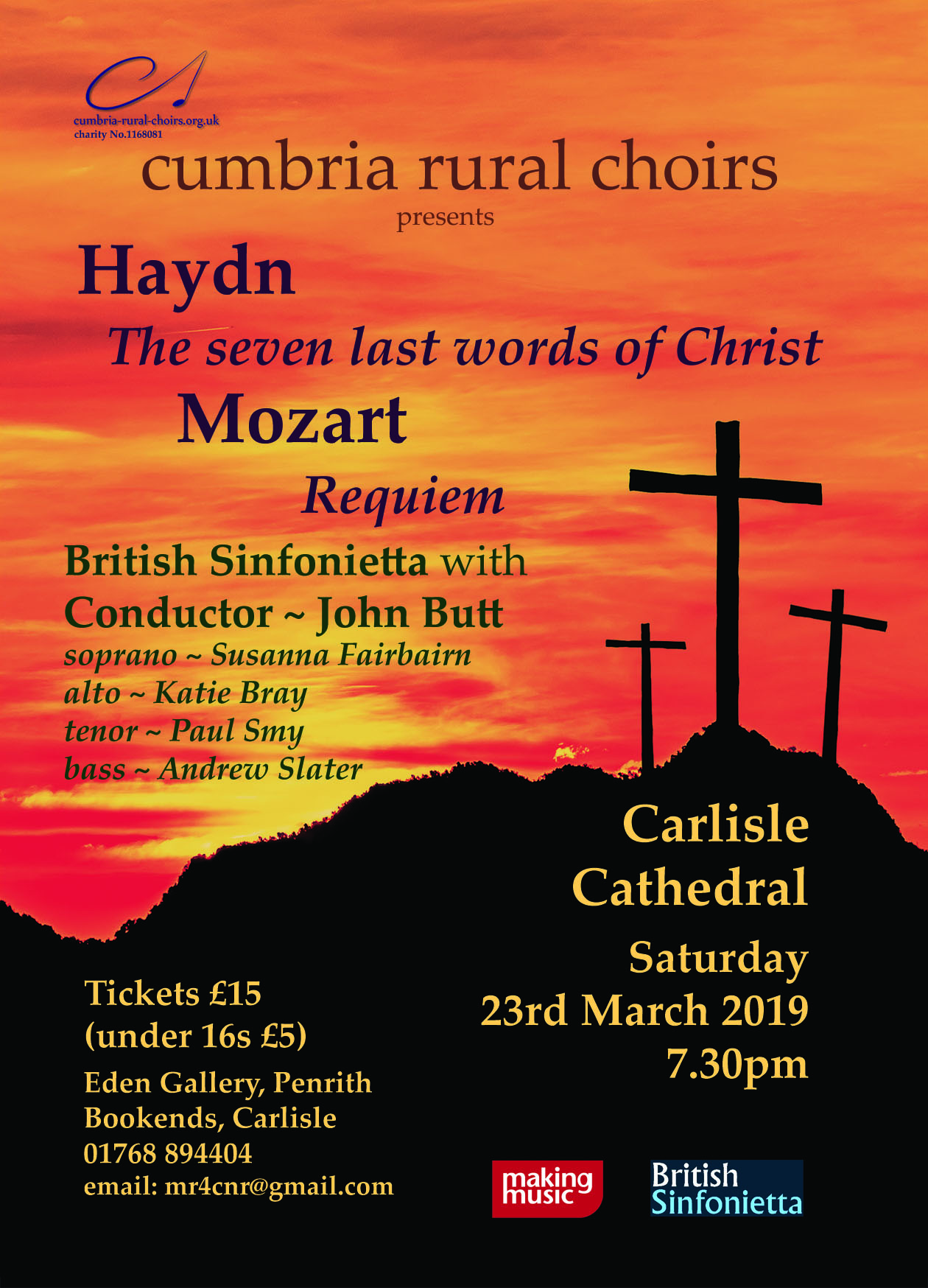 The audience filled the Cathedral and the concert was very well-received. For a full review, please see the Cumbria Rural Choirs website.